Working towards freedom from hunger and along side working for Right to Food and Nutrition formed the part of the work of JMS in different phases. Though integral to its work and approach, it got attention in some specific moments of urgency such as malfunctioning anganwadis, non-availability of food in PDS shops or during the reported issue of malnutrition. The issue of hunger and malnutrition always remained central to the core issues that JMS took up. The work has continued in different phases. The campaign has adopted the pathways of regularly monitoring anganwadis, checking the quality and availability of hot cooked meals in schools, conducting Village Health and Nutrition Days (VHNDs) and generating community evidene through smart phones from 2018 onwards. JMS also worked in solidarity with others at the district, state and national levels to feed the community engagement into policy advocacy. It sent fact-finding reports, regular monitoring surveys and other information to the right to food campaign and to the ongoing litigations in the High Court of Karnataka and the Supreme Court of India on issues of hunger and malnutrition. Using Right to Information (RTI), engaging officials in a constructive dialogue, confronting corruption and pilferage and generating community evidence to do all these were the pathways JMS adopted as the campaign grew. JMS has always taken the position of community’s autonomy to choose the food that would like to consume without any imposition or restrictions from outsiders or the State. 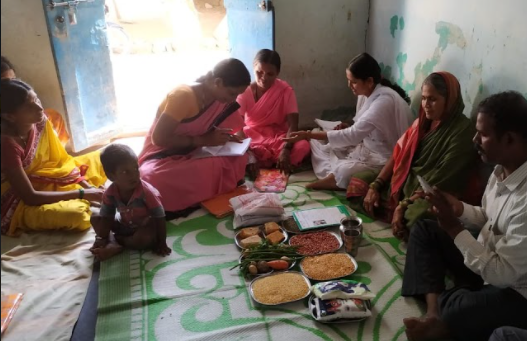 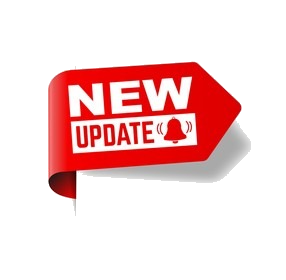 After JMS interventions at the Women & Child department and at  Zilla Panchayat Raichur, the construction of the first Anganwadi center has been initiated. The center was running before in a rented tin shed. 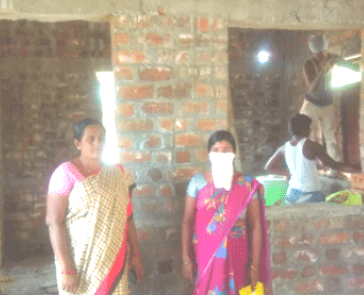 The 1st phase extends through the formative years of JMS, viz. 1999-2005.  This is the mobilisation phase of JMS. During this time, the interventions in the right to food and nutrition was linked to the right to work and livelihood. ‘Kooligaagi kaalu’ [food for work] was a scheme that the government of Karnataka periodically roll out when there was a declaration of drought. Even to get that adequately, people to put up strong demand. As there were frequent droughts in the drough prone areas of Raichur, food and work issues, were raised hand in hand.

SCI orders and the Right to Food  Campaign in 100 villages:  The PIL in the Supreme Court of India on right to food [PUCL vs. Union of India, 196/2001) provided its first initial orders in 2004. The first orders spoke of food and nutrition at the village level and had several directives. These included keeping the PDS shops open for 8 hours, changed timings to make it accessible for people, 25 kgs of grains for those below poverty line (Anna Antyodaya) and providing hot food in anganwadis etc. JMS translated these orders into Kannada and prepared a pamphlet and was the first organisation to do so in Karnataka. JMS also prepared a poster with the help of Human Rights Law Network (HRLN) in Kannada and distributed to several organisations in Karnataka. With these tools and knowledge, JMS organised a large scale campaign in 100 villages. It was supported by youth from Sakhi-hospet who also performed street plays, sang songs. The new orders were handed over to each of the PDS owners, anganwadi sevikas and about 10,000 households were reached during this campaign to disseminate about the SCI orders and people’s right to food.

During the 2nd phase, the mobilisation around SCI orders became a regular part of JMS’ work. During this phase 12 women leaders chose cluster of villages for themselves and stayed in those villages. Visiting Dalit communities, monitoring food and nutrition situation, monitoring children’s access to food in anganwadis became a regular feature.  In the right to health campaign issues of nutrition, food, functioning of PDS were reported. Using the newly enacted Right to Information Act was an added strength during this phase. On a larger scale, Midday Meals became part of children’s entitlement. Monitoring midday meals also came on the monitoring list of JMS. Facilitating the appointments of enterprising Dalit Women to the job of cooking in schools was taken up by JMS amidst several instances of social boycott that was declared by the upper castes on Dalits in many villages as Dalit women ventured into cooking in schools and anganwadis, as that post was reserved to them. For the upper castes it was a violation of their traditional caste-norm as their children now had to eat the food cooked by the ‘untouchable women’.

Pothnal PDS owner stops supplying PDS food-grains to Utakanur Temple Fair: Pothnal PDS is shop is controlled by the biggest land-lord of Pothnal. He has tremendous control over Gram Panchayat, school and local institutions. PDS shop of Pothnal village, located near the land-lord’s house used to supply three months of food-grains to a temple fair (jathre) in Utakanur, wich is dedicated to a Lingayat Holy Man, and is about 18 kms away. The Utakanur Jathre is known all over north Karnataka. However, it was known as ‘gowda gave food grains’, while actually it was the PDS food-grain that was supplied, keeping the PDS shop closed for over three months. Due to the relentless campaign of JMS, RTI applications and complaints, the PDS shop-owner finally approached JMS and promised that food-grains will be given to people regularly. This was another great moral victory for JMS in the area.

The third phase extended between 2012-2017 amidst massive socio-political changes in the country.  In 2011 and 2012, the issues of lowered allocation of budget to PDS, ICDS was resonating all over the country. Alongside, there were efforts to cut-down on cooked food, outsourcing of food supply to private entities etc. In Karnataka, there were two petitions in the High Court. One related to the severe malnutrition that was reported from Raichur. Another one, related to the outsourcing of anganwadi food to a private company called Chrityfired Foods in the place of hot cooked food. This added to the issue of malnutrition of children. During this phase, JMS continued its monitoring of ICDS, PDS and midday meals, often submitting petitions to the authorities with regular details. Participation in the fact-finding studies, submitting reports to the High Court of Karnataka on the issue of malnutrition and children were the high lights of this phase.

Collective victory in the HC of Karnataka on anganwadi food: JMS contributed quite significantly to the right to food campaign in Karnataka and in the issue of malnutrition in Raichur. It joined hands with several networks such as Samaja Parivartana Janaandolana (SPJ). JMS also did fact-finding during this stage and filed these reports in the HC of Karnataka. As a collective victory, the HC of Karnataka, cancelled the contract of supplying packaged food to anganwadis that was given to Chrystifried Foods and fresh cooked food was ordered to be served to children. The health care for the severely malnourished was also ordered to be done.

The current phase of JMS, starting from 2018, is marked by the formation of two more talukas in Raichur, viz. Maski, Sirwar and the expansion of the constituency of JMS and a more concerted campaign regarding the right to food and nutrition issues. The core group of JMS gained skills in using smart-phones, social media such as whatsapp and have been aided by others in using emails to document and communicate with authorities. JMS also very actively rejuvenated its social media, especially Facebook, to disseminate its work. Similarly, using smart phones, whatsapp, gathering evidence from the communities became easier.